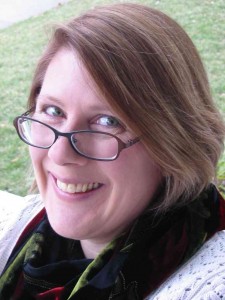 I am a data scientist with a diverse background visual analytics, data mining, social media analytics, machine learning, high performance computing, and mathematical and computational dynamical modeling.  As both an academic and a consultant, I have worked on a broad array of research topics, including crime and violence risk analyses, spread of political and partisan sentiments in a society, and other topics in applied modeling in the social and life sciences, with over 360 publications on a wide variety of subjects. My unique trans-disciplinary skill set enables me to examine a wide range of research questions that are often of broad interest and importance to policy makers and the general public.

My work in the computational social sciences has been high impact, including an analysis of how media can incite panic in a population, and how contagion may play a role in the temporal patterns observed in mass killings in the US. The latter work has received extensive media coverage, including on BBC, CNN, NBC, CBS, FOX, NPR, Reuters, USA Today, Washington Post, Los Angeles Times, The Wall Street Journal, Huffington Post, Christian Science Monitor, Newsweek, The Atlantic, The Telegraph, The Guardian, Vox, and many other local, national, and international news agencies. The study was also profiled in Season 8, Episode 4 of Morgan Freeman’s Through the Wormhole documentary series on the Discovery Channel in 2017, “Is Gun Crime a Virus?”.

Several of my publications in computational epidemiology have also received widespread attention, including forecasts for the progression of the 2009 influenza pandemic, and the 2014 Ebola epidemic in West Africa. Both analyses correctly forecast the progression of the epidemics, and my forecast for the 2009 pandemic was discussed in a special US Senate meeting on October 23, 2009 H1N1 Flu: Monitoring the Nation’s response.

Through my consulting company, Towers Consulting LLC, I provide consulting services for industry, academia, and the public sector in quantitative and predictive analytics, modeling, statistics, and visual analytics.  Notable past and current clients include the VACCINE Department of Homeland Security Center of Excellence, Cure Violence Global, the Carter Center, and George Washington University.  Prospective clients can contact me at TowersConsultingLLC@gmail.com.

My CV is available here.